This project, in collaboration with Sotheby’s and produced by the Pavilion of Contemporary Art in Milan (PAC), reproduces the phases of an auction: catalogue, exhibition and sale.
The lots on sale are twenty human beings whose value is based on actual media information. These have been chosen, described and evaluated with the collaboration of a team of experts: an anthropologist, a solicitor, a psychologist and a financial advisor, together with the Sotheby’s experts.
This project takes place at the exhibition site in two moments: first the lot exhibition, a performance where the twenty human lots are presented to the public together with the catalogue; from the next day until the end of the exhibition the video of the human being auction, that took place at Sotheby’s in Milan, is projected. 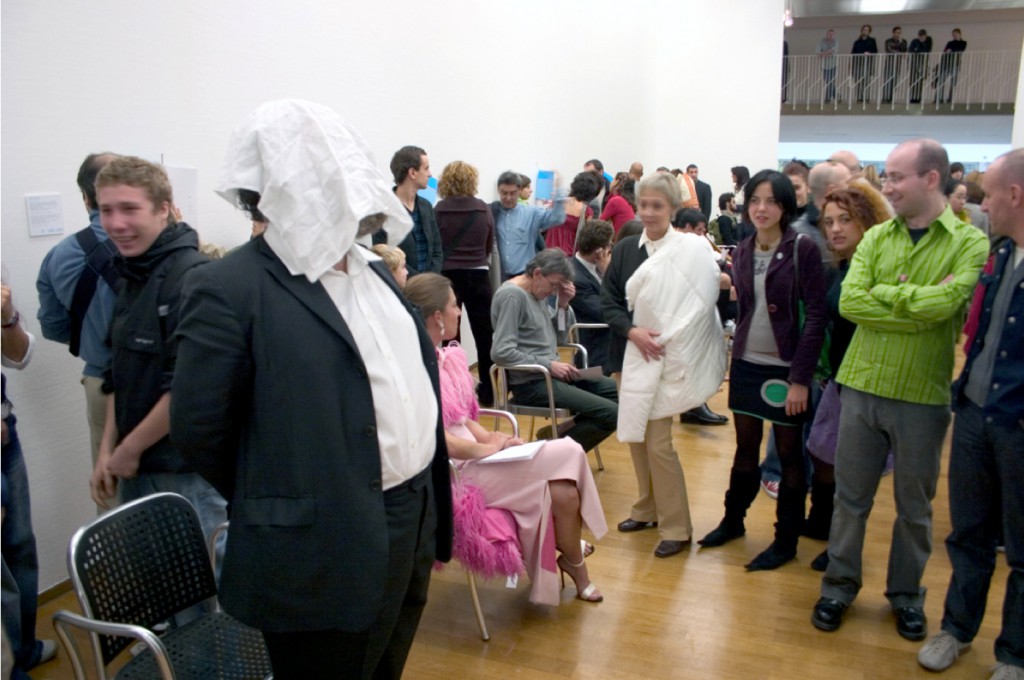 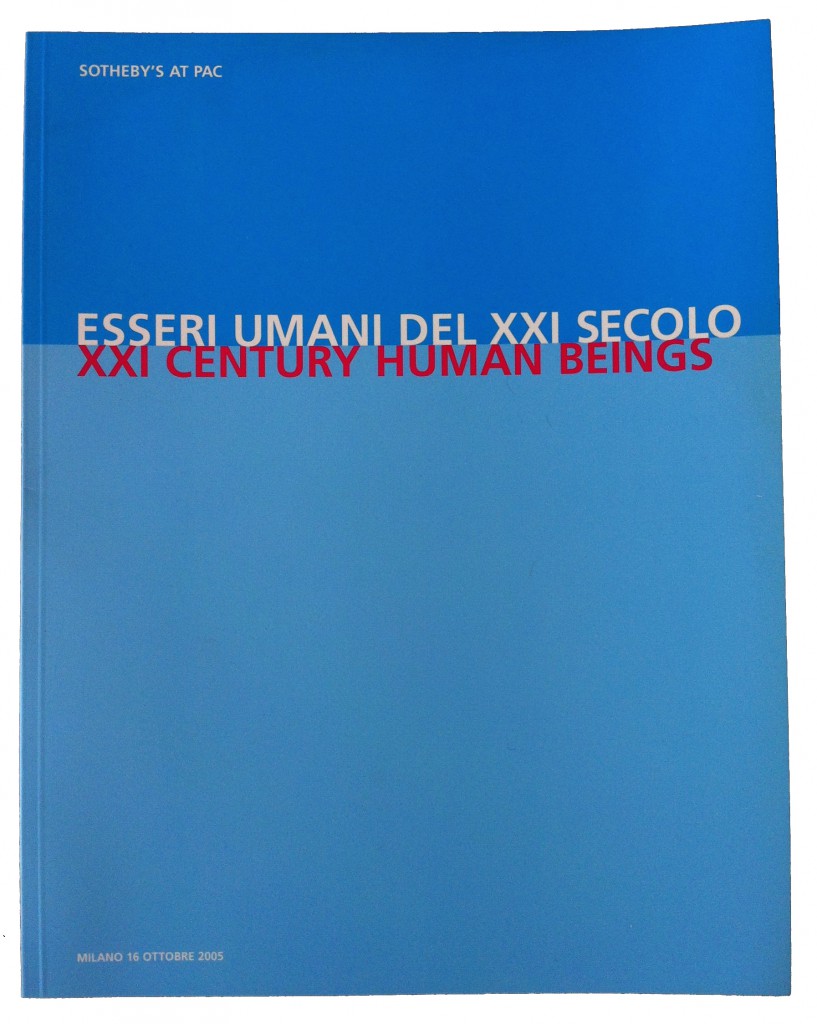 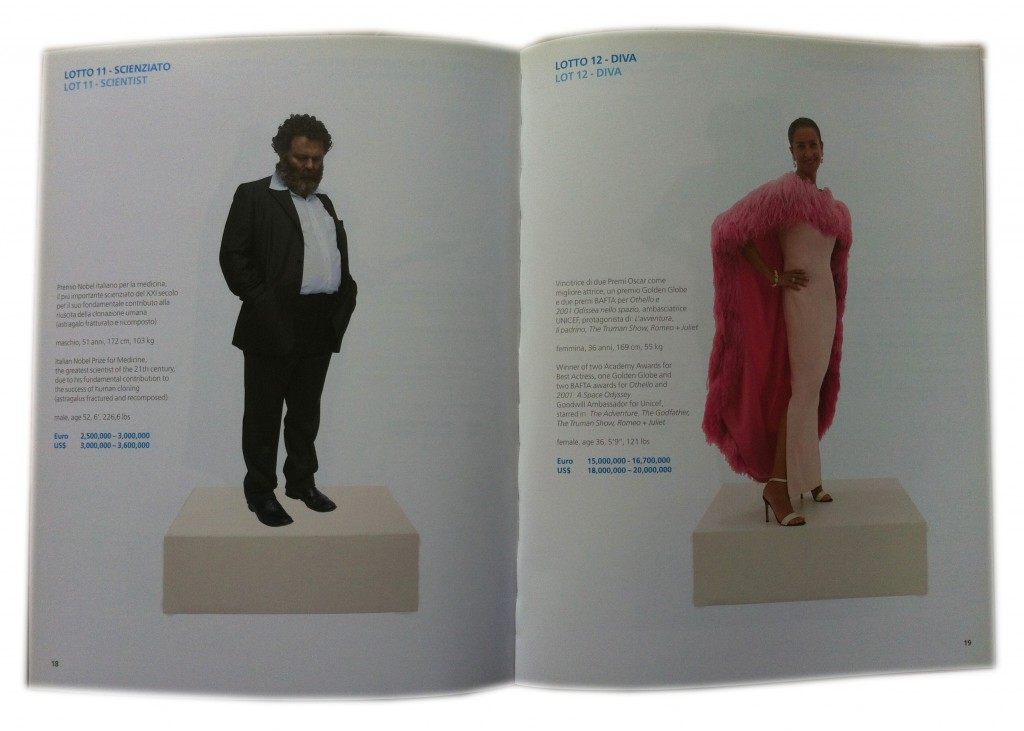 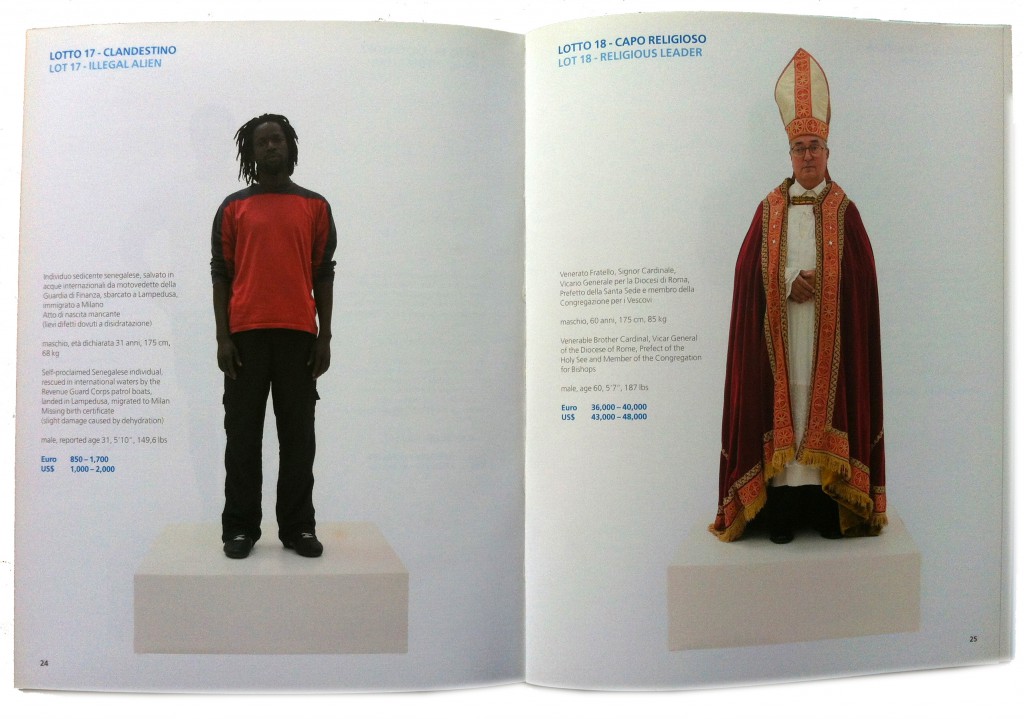