12In 2008 I saw in New York “Wack! Art and the Feminist Revolution”  at the PS1.
I was inspired by Semiotics of the Kitchen (1975) by Martha Rosler, the Manifesto for Maintenance Art by Mierle Laderman Ukeles (1969) and La Roquette, Prison des Femmes, a project conceived by Nil Yalter, Judy Blum and Nicole Croiset (1974). These pieces became the starting point for  Performat, a tool for re-presenting today historical performances as collaborative, site specific pieces, with a second millennium female sense of humor.
In collaboration with Lucie Fontaine, we created a new way to document Performat, alternative to video or photo: vinyl LPs.
Performat 08 is accompanied by Wannabes: a series of Vogue cut-outs, photos that stand somewhere between a fashion session and a paparazzi snatching, offering yet another feminine role model to be questioned.
For Performa 09 in New York, I wrote , a song for Lucie Fontaine with music by Jennifer Walshe. The script is made of words and ideas inspired by 70’s feminism mixed up and spiced with Vogue, the Big Brother and plastic surgery ans sang by Lucie in Dior.
An LP in limited edition documents the show, together with an edition of posters, both created in collaboration with Valerio Carrubba and Riccardo Beretta. 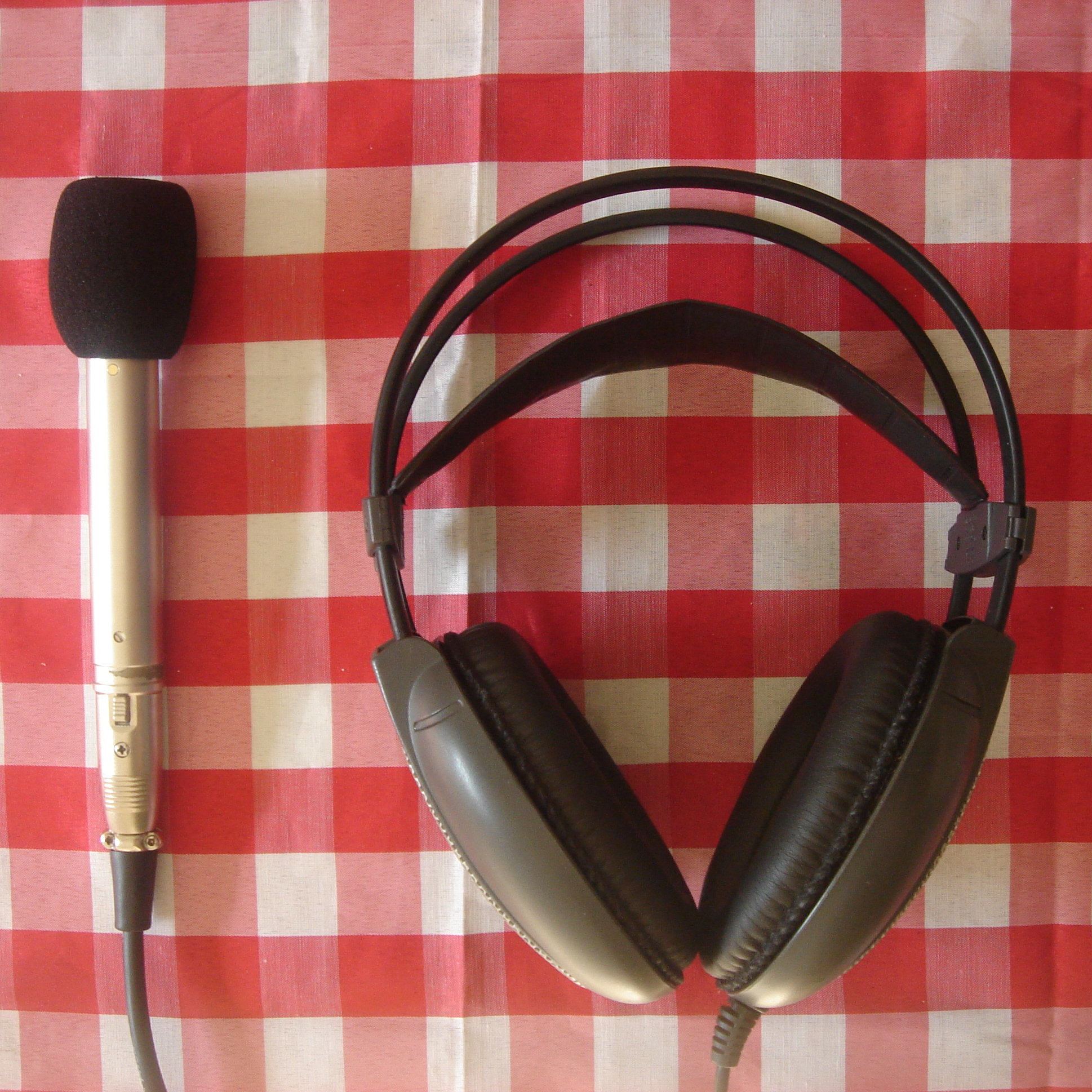 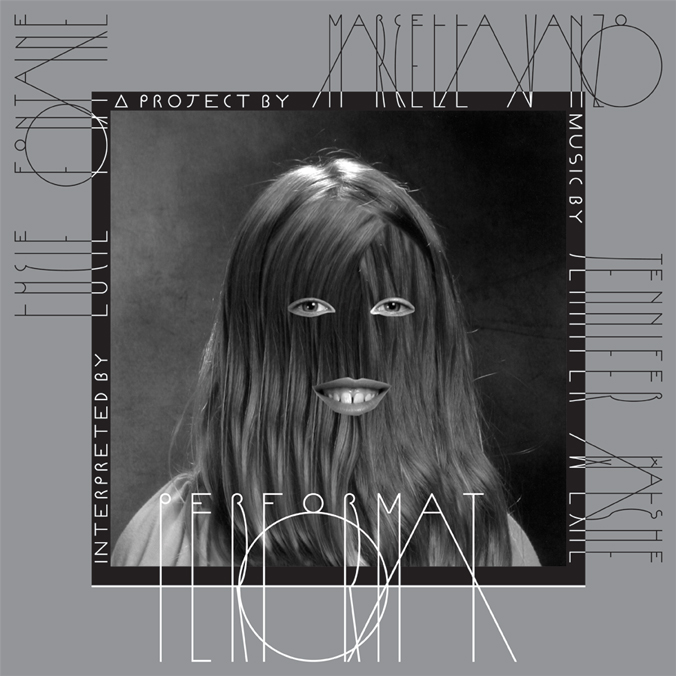 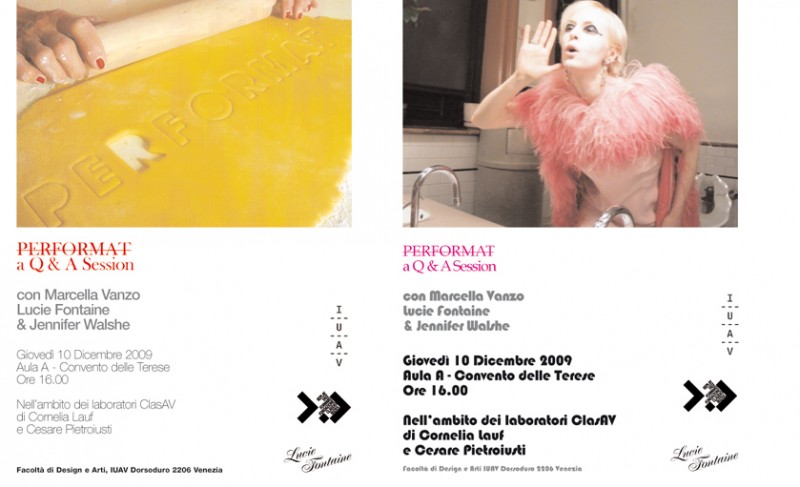 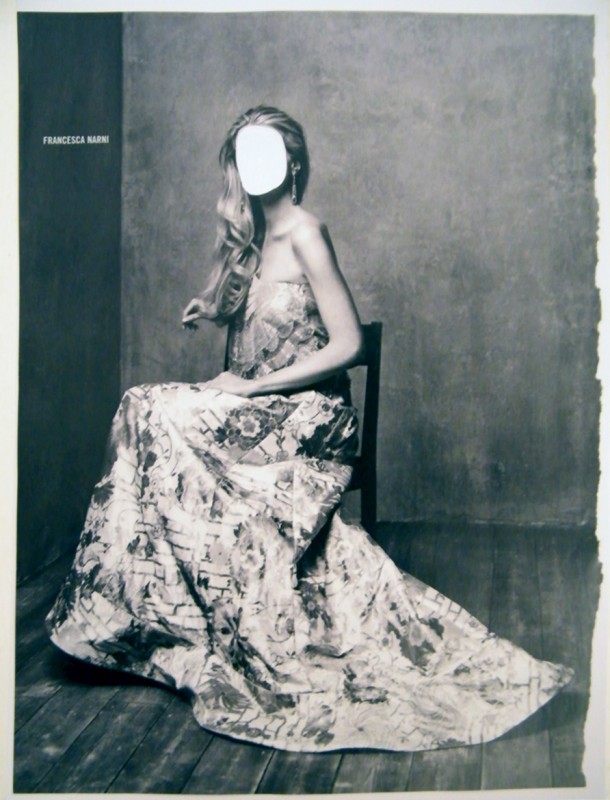 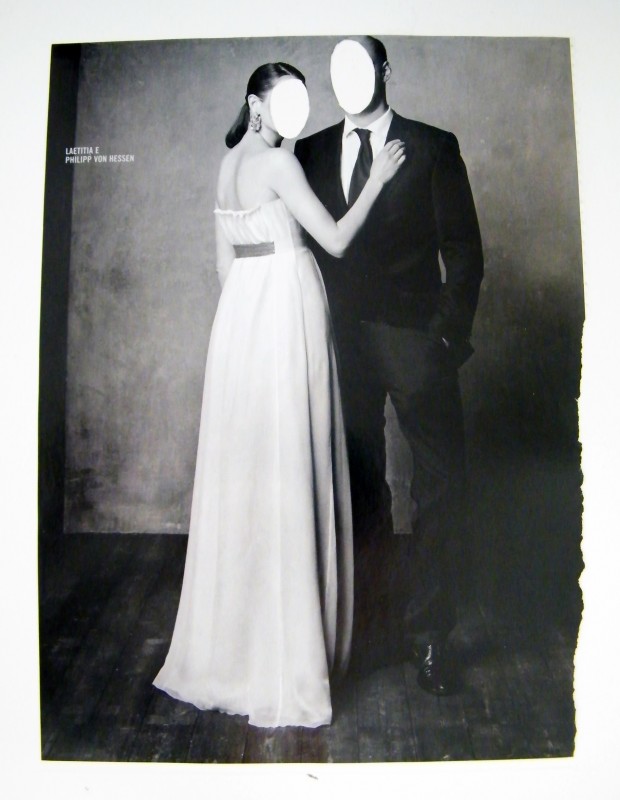