QUEI 2 (THOSE 2) = Marcella Vanzo for Gogmagog.
Adam and Eve, reality and fiction, mythology and trash. 2010: Gogmagog collaborate on Rumors, a performance by Marcella Vanzo at Teatro Studio in Scandicci. 2013: Vanzo writes for them QUEI 2, inspired by the Diary of Adam and Eve by Mark Twain. Their relationship is ironic, fast, contemporary.Daily life is ridiculous, Twain is a myth in the present, trenchant and funny.Eden = 80’s TV: a TV host and the diva play a match between Eve’s exuberant femininity and Adam’s highly mistreated logic, while the two are continuously interrupted by passing animals. Earth = a banal, battered, boring place. Adam now does accept his love for Eve, yet does not know how to handle the unnerving presence of a son.

QUEI 2 opened in February 2014 at Teatro Studio, Scandicci and in April at Teatro Valle Occupato, Rome. In January 2015 its debut in Milan at Zona K. 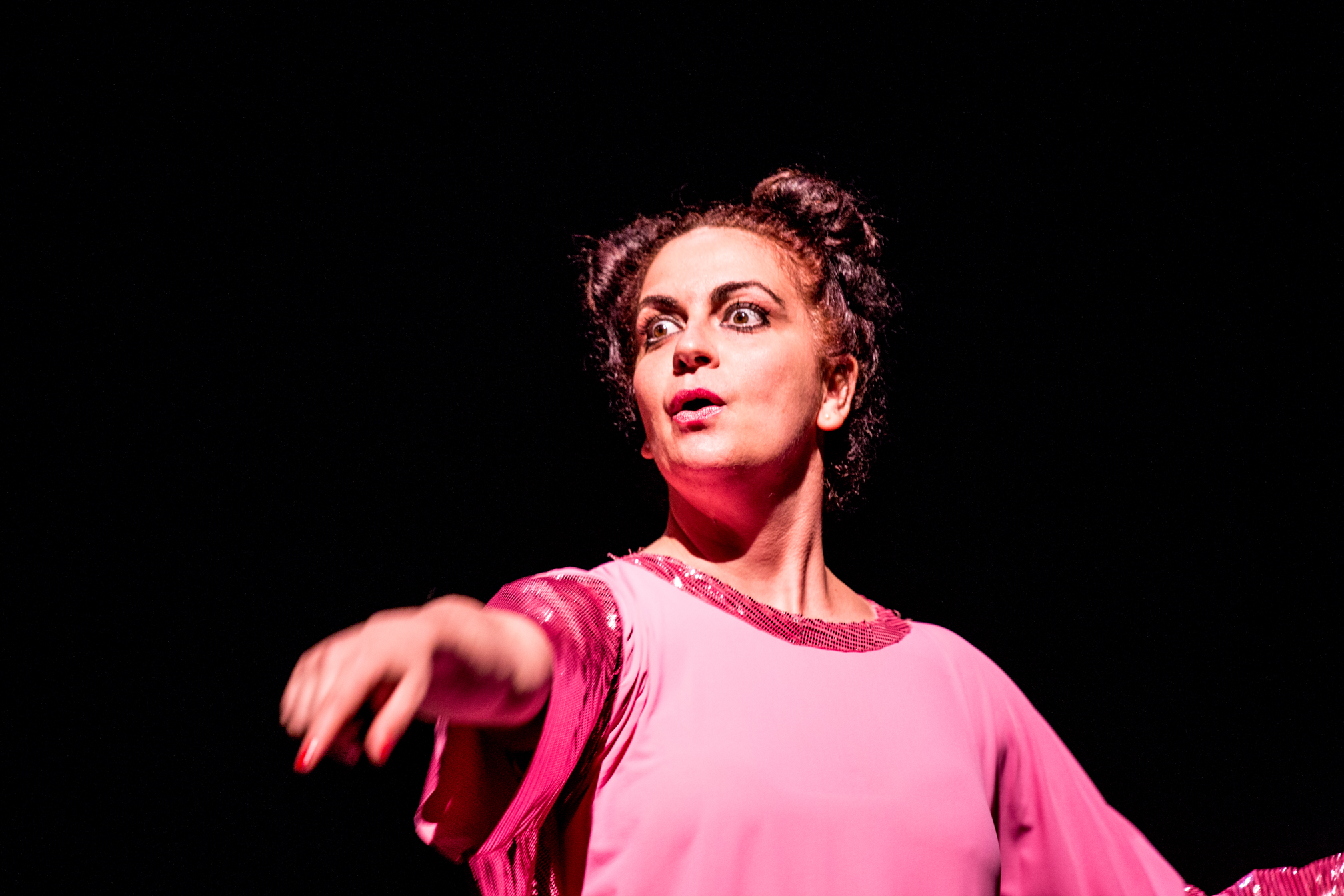 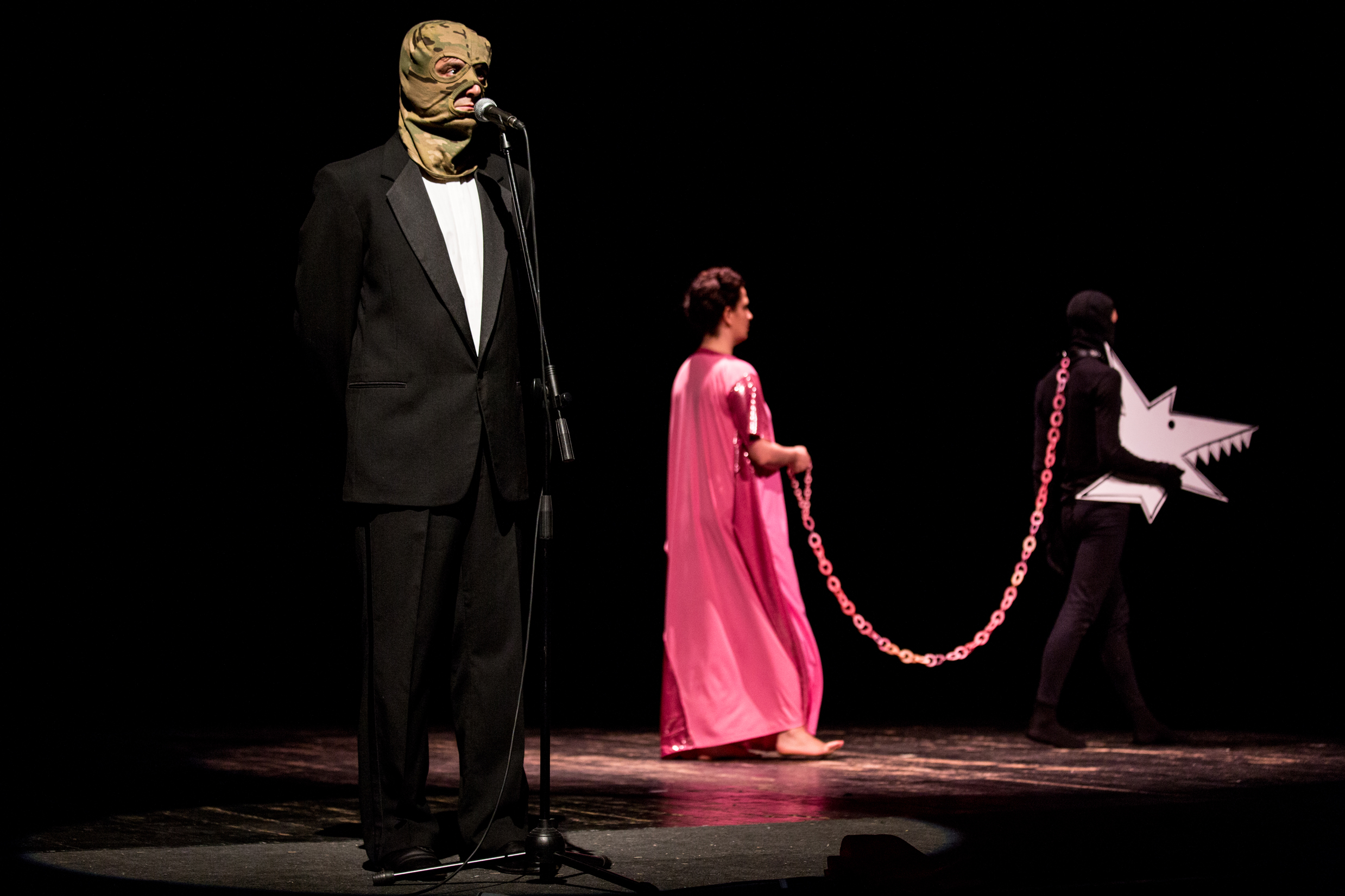 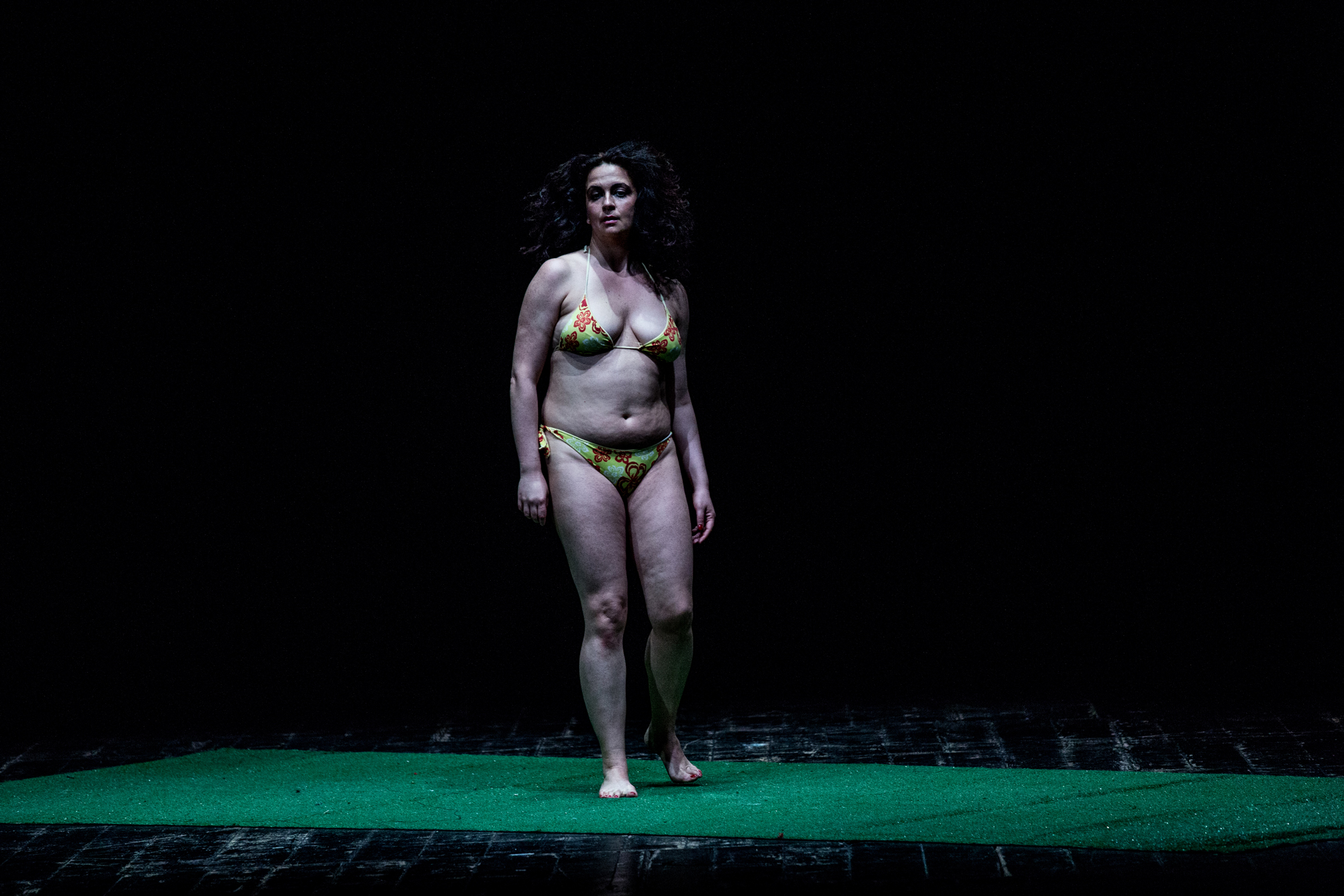 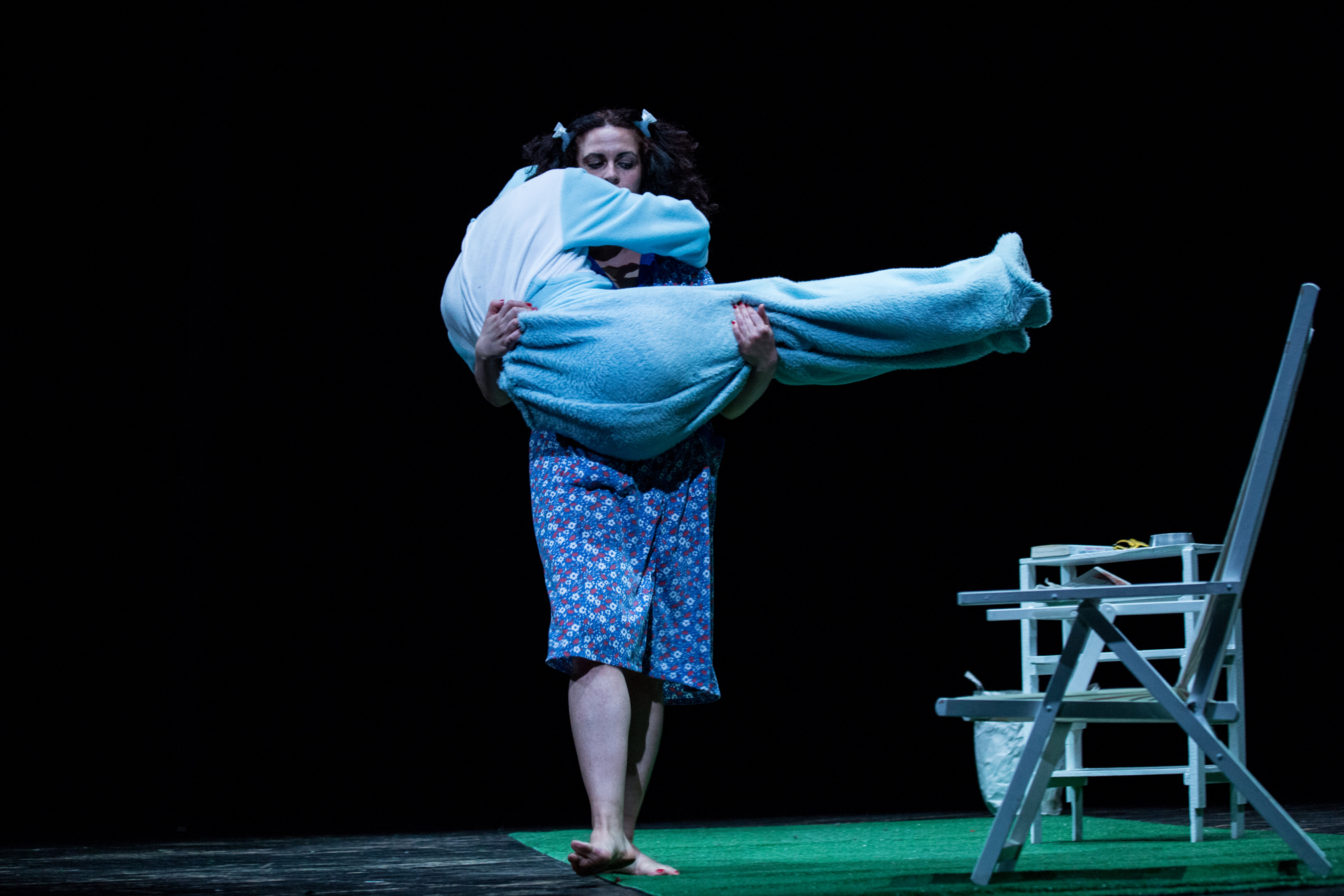 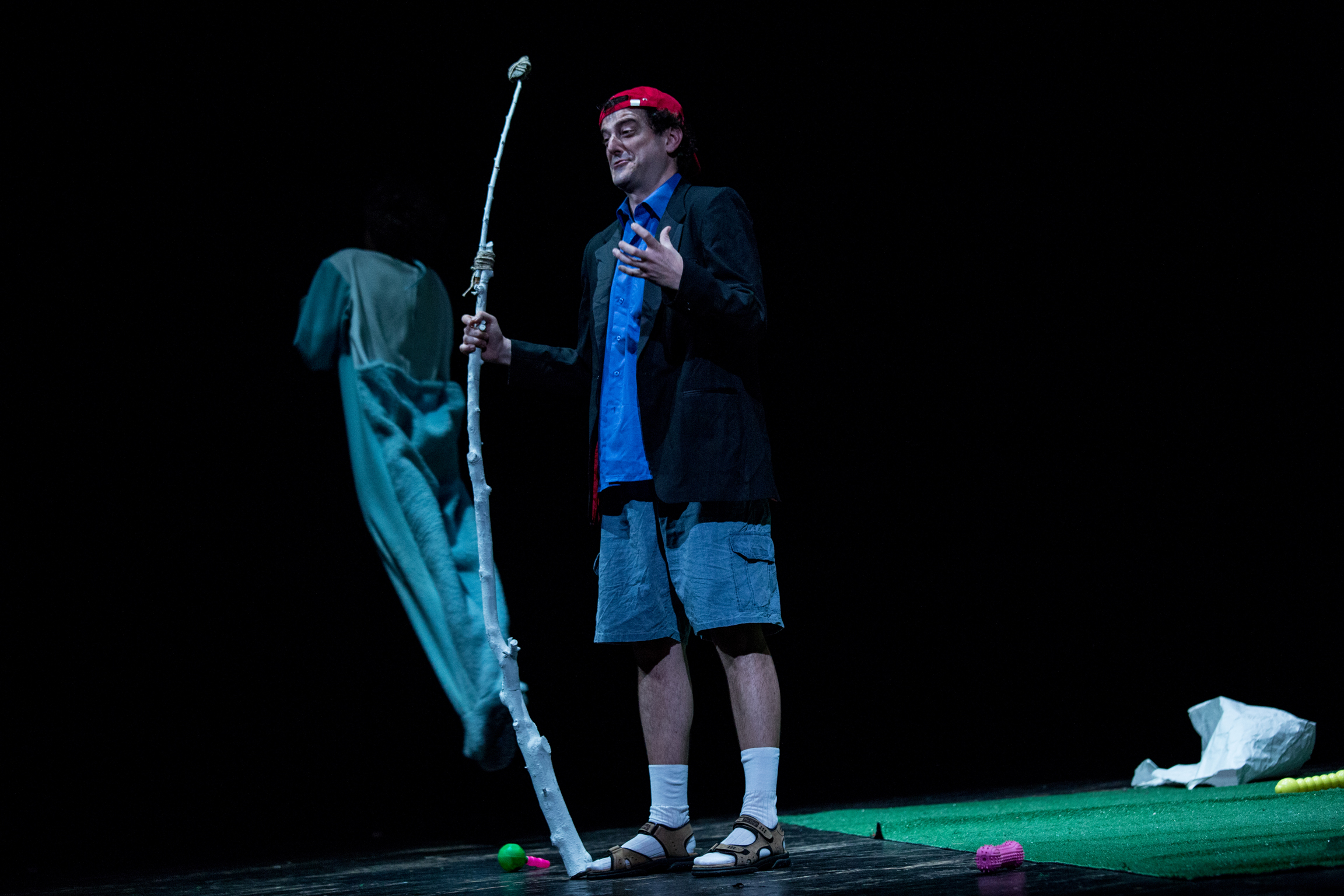 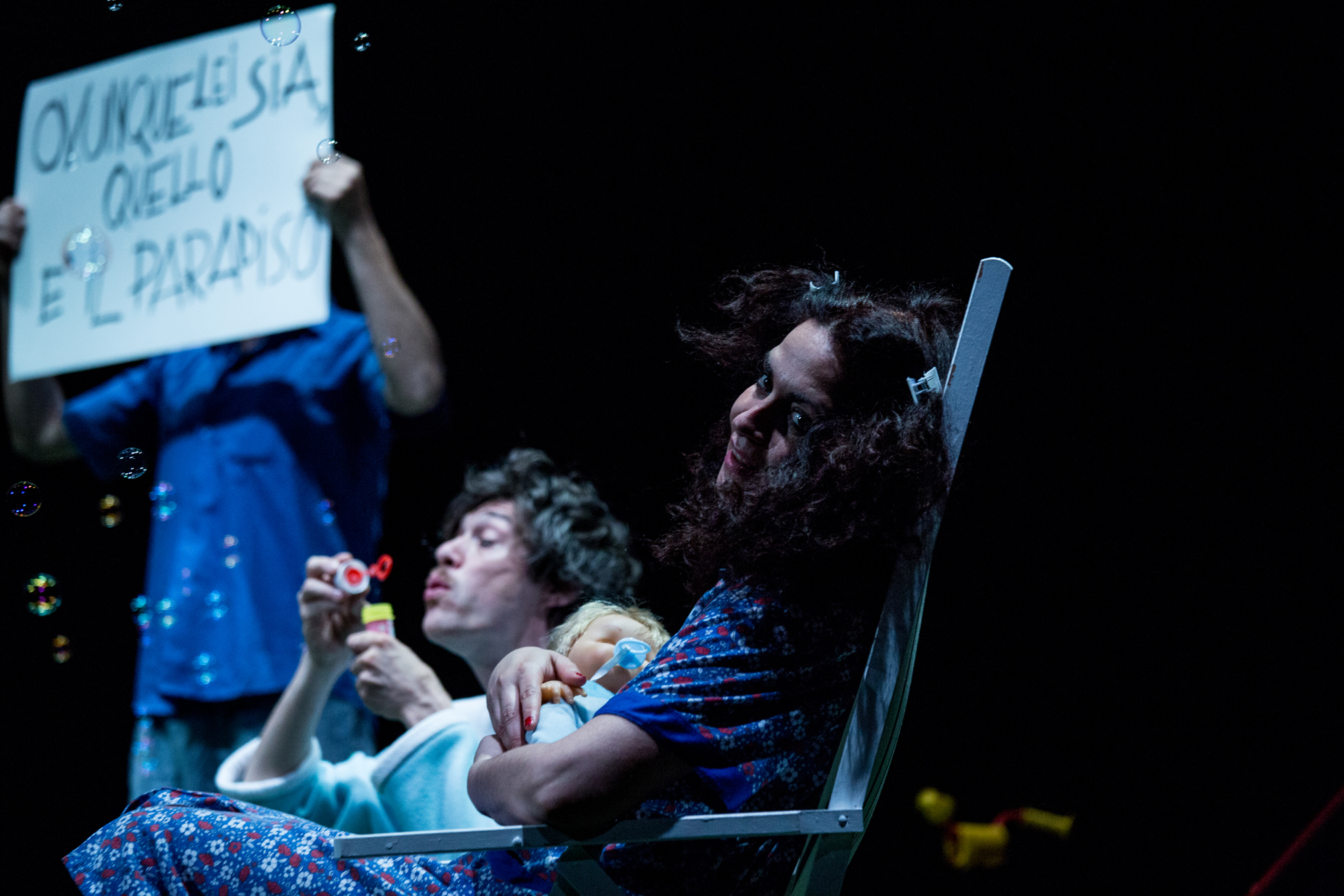