“Utopia deals with the relation between utopia and distopia in twentieth century European culture. The piece demonstrates how modernity in the most prosperous of continents has produced not a utopia but a dystopia: a dysfunctional society haunted by many of the same specters of the war years.  Vanzo’s work speaks to the loss of collective values, the demise of a belief in collective betterment, an ideal inherent in all utopian visions. She shows how today’s modern cultures no longer embody the promise of a better future for all; they no longer represents a collective, utopian, ideal, but a collective disillusionment – an attitude concomitant with what Susan Buck Morris has called the “passing of mass utopia.”  By Ruben Gallo

Utopia was performed during Tina B. performance Festival in Prague, 2007 inside the Florenc Metro Station. 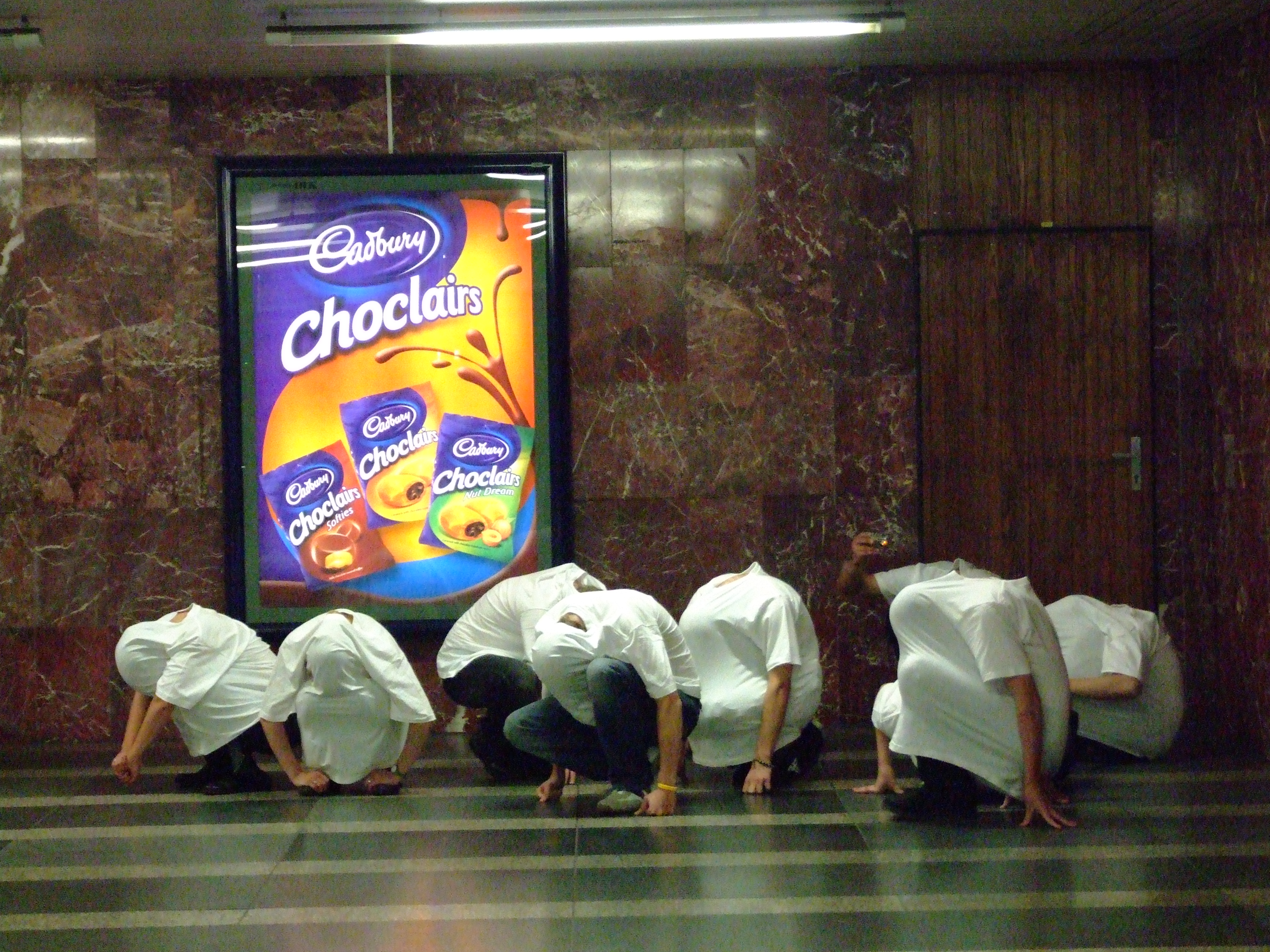 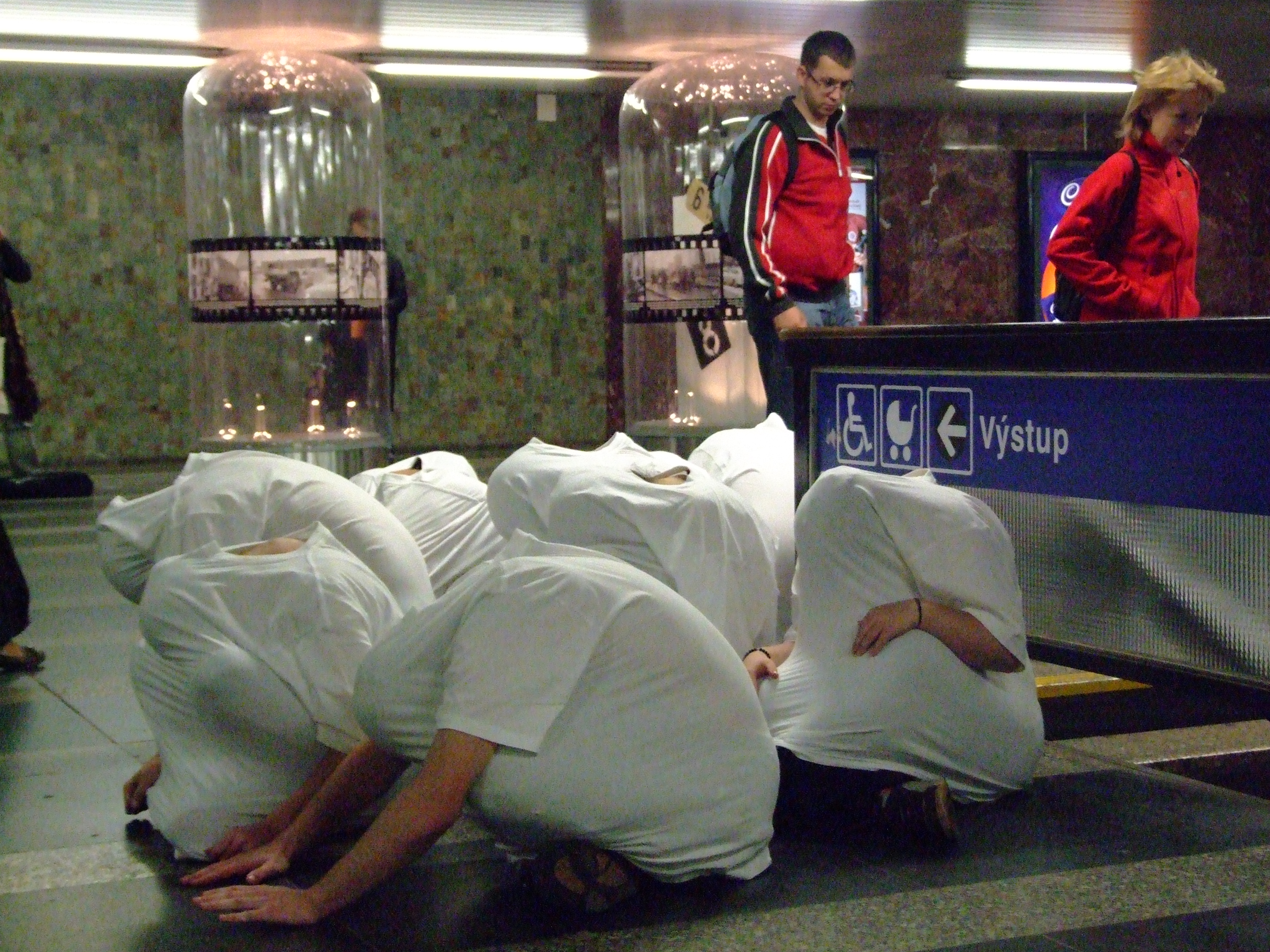