Not an easy feat to describe VERSI02. A script made of human ephemeral moving landscapes. Made of people, words, meanings and signifiers, crossed, shaken and held together by poetry. A performance made of several performances, a magmatic piece, revolving around my verses accompanied by Paolo Mongardi’s drums.
VERSI02 has been conceived for the 10th anniversary of ContemporaryLocus in Bergamo at Monastero del Carmine.

As I read my verses, they open up and reach body and skin of 8 performers who let them emerge on their arms, their legs, their back. Verses are written on the skin, they pierce the body. They talk about love, separation, death.
The verses become alive, they possess and become the girls. I wished I were among them. The performance here below is called To leave a trace. 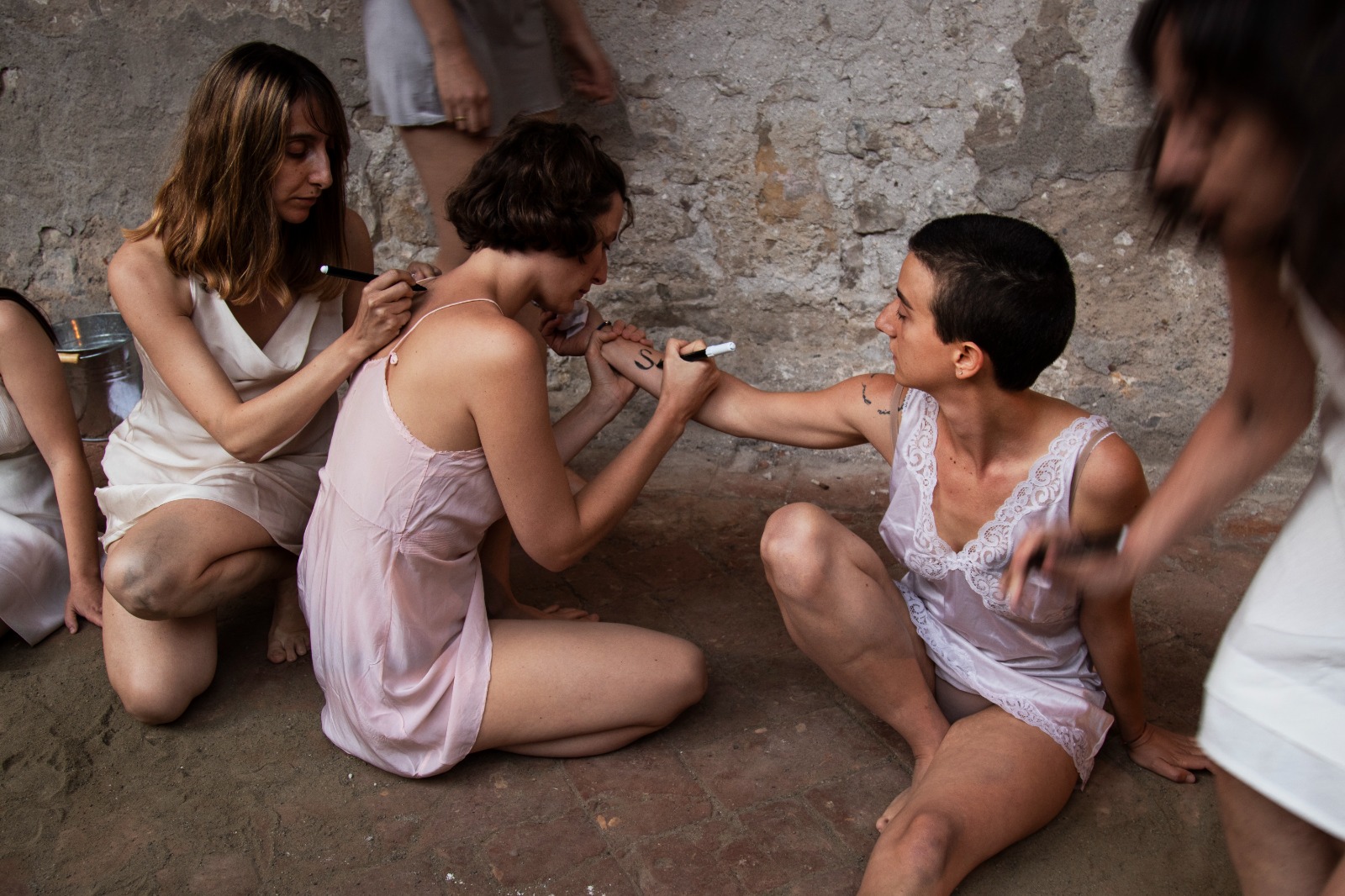 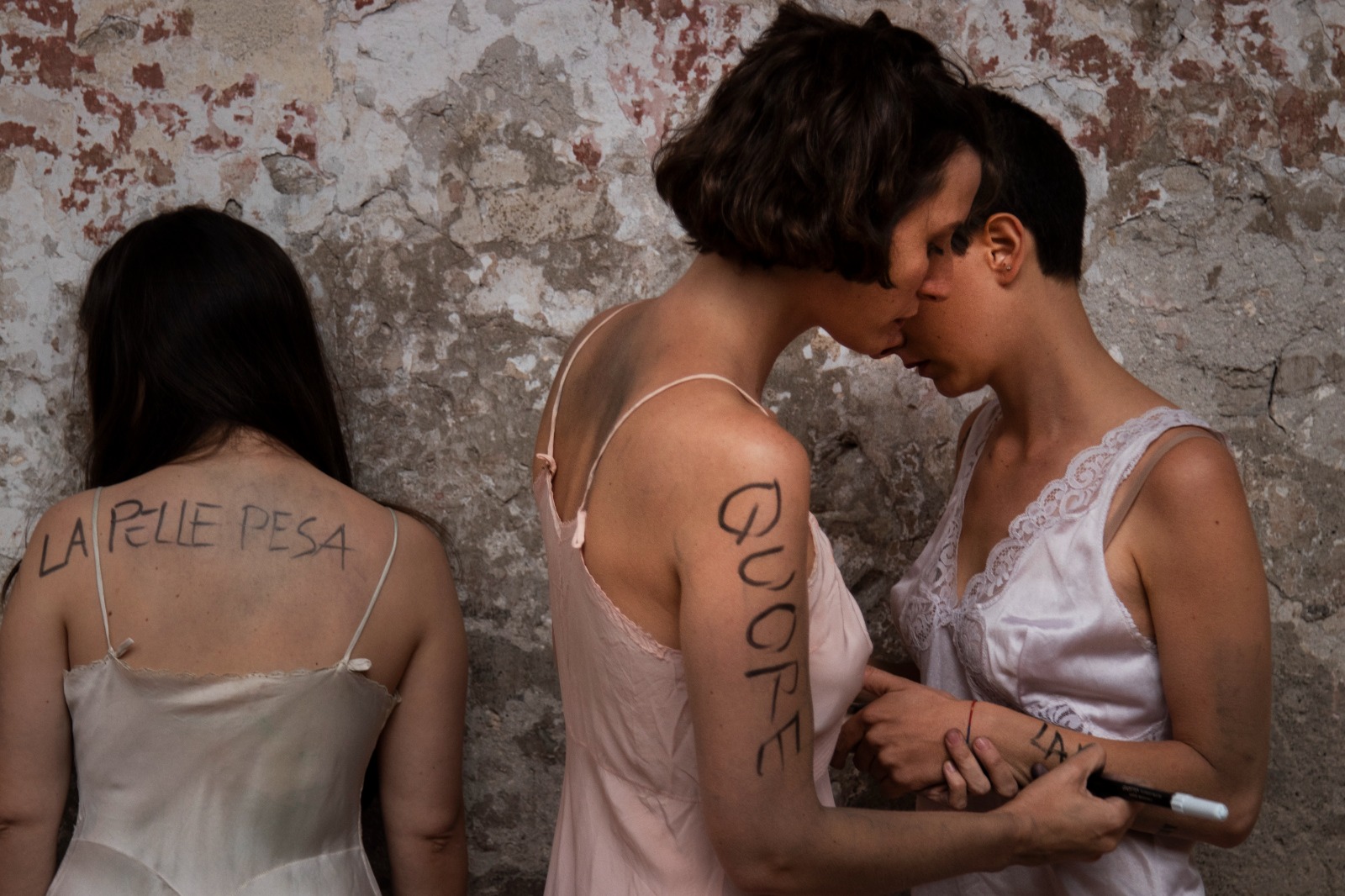 Not to leave a trace, the performance here below, is the spontaneous autobiography of a separation. From afar I did not recognize it, close by I realized it was my own and that of my parents. Facts, images, feelings found their way by themselves. They composed the time and space of an action. Rehearsals were at my place, the stumbling nest where it all started.

Paola Tognon, brilliant curator, right at the beginning asked me whether once ended, this performance could be repeated. A big no tore up my chest, didn’t know why.
Then I understood. 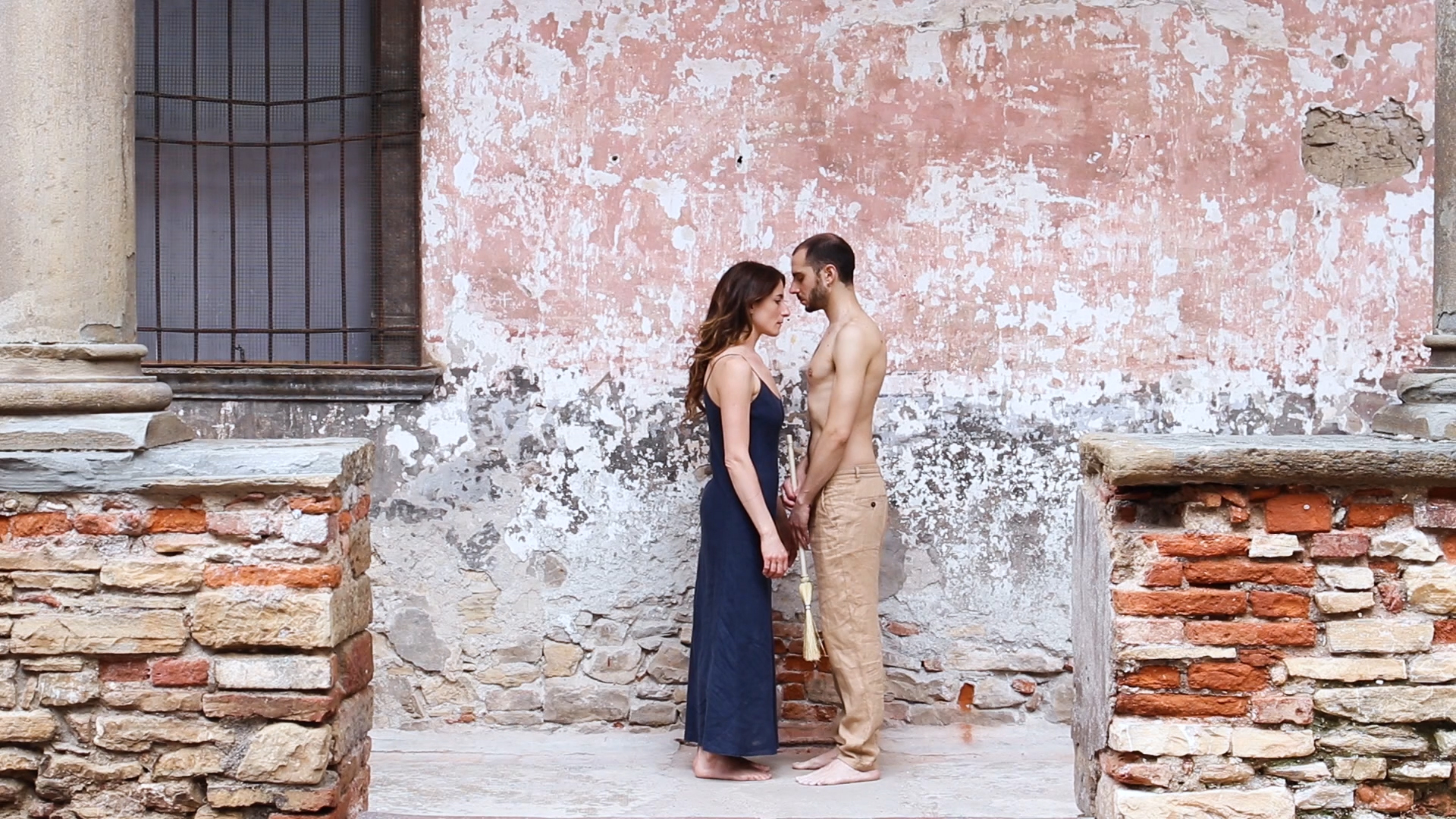